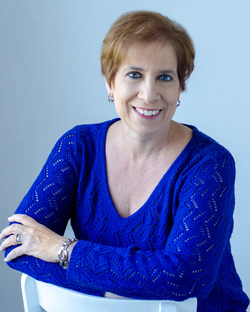 Patricia (Pat) Guth was born and raised in the Juniata Park section of Philadelphia. Daughter of a stay-at-home mom and a dad who worked as a methods analyst for Western Electric, Pat enjoyed life in the city with her parents and older sister, MaryAnn.

Music was always an important part of Pat’s life. She began playing the organ at the age of 7 and always loved singing in the school choir. After graduating from Francis Hopkinson Elementary, she went on to the Philadelphia High School for Girls (aka Girls’ High), where she majored in music. She didn’t sing in the high school choir but spent time playing cello in the orchestra and clarinet in the band and served as manager of the marching band.

In the meantime, Pat married college sweetheart Gary, a native Southern Californian, in July 1981. The Guths settled in Langhorne. During this time, Pat served as Director of Music at Redeemer Lutheran Church in Penndel. It was also during this time that the Guth’s first child, Ryan, was born. (1984) Pat quit teaching but she kept her job at the church and has served a number of different congregations in the years since that first job in Penndel. She retired in 2018 after serving in church music ministry for more than 42 years.

In 1989, Pat accepted a job as apprentice builder at Petty-Madden Organbuilders in Trenton. It’s a job that she has always treasured and jokes that she wouldn’t know how to use a screwdriver and a host of power tools if it wasn’t for her work there. In the 90s, Pat also worked as Activities Director at a Richboro retirement community, leading their choir and doing all sorts of other fun activities with the senior population there. In 1995, the Guth's second child, Emily, was finally born and added a whole new dimension to their lives.

In 1998, Pat assumed the directorship of the Young Singers of Pennsylvania and conducted the choir for 9 years. This auditioned group of children aged 8 to 13 performed extensively in the area and traveled on a concert tour each summer. Family obligations necessitated her giving up her position with YSP in 2007. About five years later, she came up with the idea to start a women's ensemble and that's how BCWC was born. In the eleven years since its inception in 2012, the membership of the choir has never been less than 75 and has risen as high as 97.

In addition to her musical endeavors, Pat enjoys a “day job” as a writer. She writes blogs and articles for internet sites and print publications on a variety of topics. She has also published two travel-related children's books - Emily Goes to Philadelphia and Emily Goes to New York City - both available on Amazon and at a few local bookstores.

Pat has been the recipient of a number of awards throughout her career. In 2012, she received the Alumni Merit Award from Westminster Choir College and in March 2020 was the recipient of the Soroptimist International Indian Rock Chapter "Women Helping Women" award for her service to women in the community.

In the little spare time that she has, Pat loves to travel and enjoys heading to Albuquerque to visit her son/daughter-in-law and grandkids and to NYC to spend time with her daughter, who lives in Queens. She also likes to knit and reads incessantly.